Skip to content
This post may have affiliate links and as an Amazon Associate we earn from qualifying purchases.

When choosing golf clubs it is essential to choose clubs that will aid a strong performance and golf clubs that are in line with what your own exact needs are. For example if you have a fast clubhead speed then you will want to choose clubs and golf balls for distance accordingly as there isn’t a one size fits all approach.

Knowing this you may have seen on the market that there are both different golf clubs for men and women. You are probably here as you are interested in knowing the differences with men’s vs women’s golf clubs.

In a nutshell, the biggest differences between men and women’s golf clubs can be found in their size, length, and weight. Women’s clubs are generally smaller and lighter than the golf clubs commonly used by men. This is mainly due to the fact that women have slower swing speeds than males and therefore are more likely to use lighter clubs which will allow a quicker swing and follow through which will optimize performance. 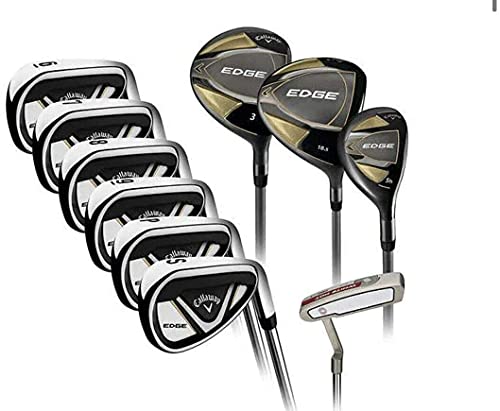 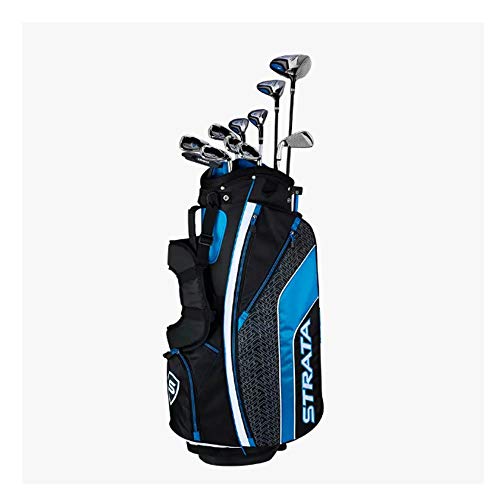 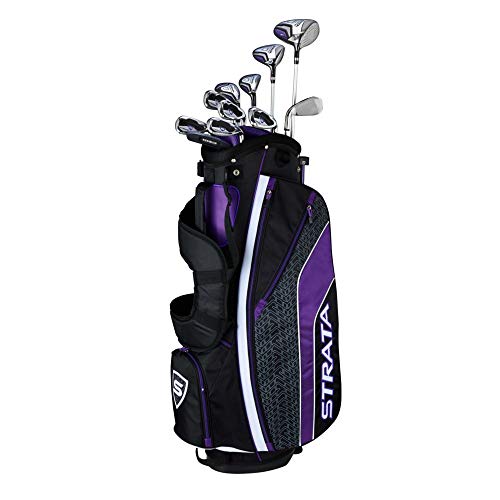 Let’s take a look at some of the key differences in these areas with men’s and women’s golf clubs.

Using golf clubs of the correct length is important. It is best practice to measure your golf clubs to make sure that they fit correctly. Women golfers will find that women’s golf clubs are typically shorter than men’s. The length difference is mainly due to the fact that the average height for men is higher than it is for ladies. Factoring this in clubs are usually around an inch shorter for women which makes them easier to hit and also for women to get the ball in the air than being stuck using longer golf clubs.

There are some key differences when it comes to comparing the sizes for mens and womens golf clubs. Firstly, as women have a slower swing speed the graphite shafts are flexible to allow for a smoother swing with a slower clubhead speed. This combined with a larger club head and the grips on women’s clubs having a smaller diameter (due to smaller hands on average) mean that these clubs are easier to swing than using clubs with steel shafts on men’s clubs. Another thing to notice when using women’s drivers as an example is the loft on the driver will be more than on a men’s club to help the ball go further in the air despite the slower clubhead speed.

The Role Of Swing Speed

In our complete swing speed guide we take a look at just why clubhead speed is important in getting distance, especially off the tee. As discussed both men and women on average have different swing speeds.

When choosing golf clubs it is essential to choose the right golf clubs for you and your exact needs. Manufacturers recognize this which is exactly why they create models that are suitable for both men and women. To ger started the best port of call is to choose a starter set such as the Callaway Edge Golf Set (Unisex) or the Callaway Strata as they will allow you to get a feel for what works best for you. From this point it will be possible to tweak your golf clubs that you carry in your bag as you learn more about your game.

As discussed, the swing speed plays such a crucial role in the differences between these two types of golf clubs and the reason why they are different in the first place.  Therefore, whether you are male or female it is well worth getting a good idea of your swing speed. This swing speed data will allow you to get a deeper insight into which exact golf clubs you need for the best performance possible.